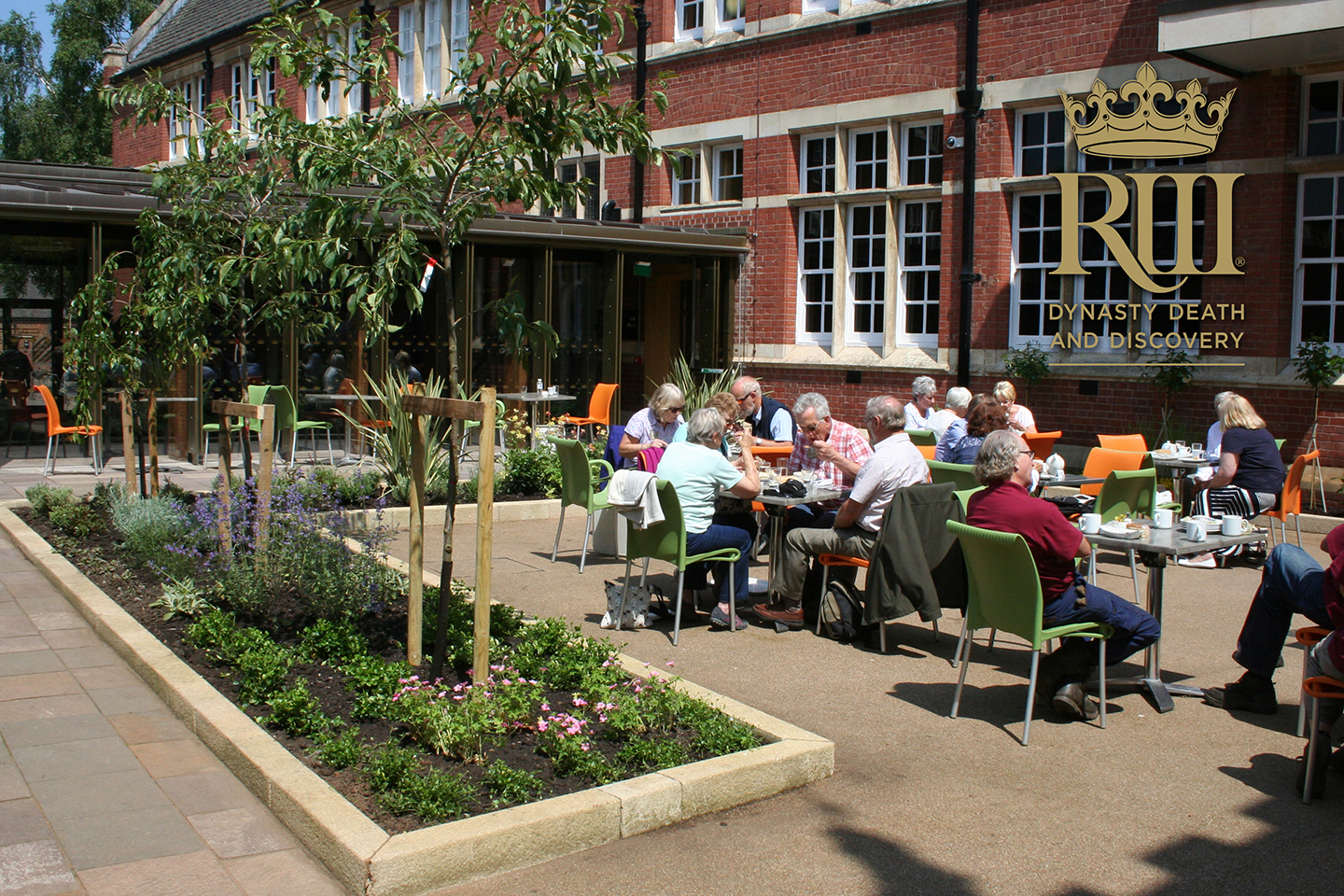 We have had the pleasure of completing work in the central courtyard garden of Leicester’s King Richard III Visitor Centre. One of the ideas behind the new garden design was to link it to the gardens of Leicester Cathedral across the road and choose plants that were relevent to the king.

In one bed – an obvious choice – it was decided to plant some white roses with yellow broom. Since medieval times the white rose has been the symbol of the House of York of which Richard Plantagenet was the last king.

The former Alderman Newton’s School – a stunning Victorian Gothic revival building, built partly on the site of the former Grey Friars Church and in the heart of Leicester’s Old Town – had stood empty since 2008 when its last occupants, Leicester Grammar School, moved out.

The importance of its position – overlooking the possible gravesite of the long-lost Last Plantagenet King of England – was immediately obvious, and Leicester City Council bought the freehold for the building for in November 2012.

Major renovations have now completely transformed the 150-year-old building into the home of a state-of-the art visitor centre, whilst retaining the character and features of the former school.

Using great storytelling, beautiful design and 21st century technology, the centre tells the fascinating and moving story of the king’s life and death, and reveals one of the greatest archaeological detective stories ever told.

Further information can be found at www.kriii.com

This website uses cookies to improve your experience while you navigate through the website. Out of these, the cookies that are categorized as necessary are stored on your browser as they are essential for the working of basic functionalities of the website. We also use third-party cookies that help us analyze and understand how you use this website. These cookies will be stored in your browser only with your consent. You also have the option to opt-out of these cookies. But opting out of some of these cookies may affect your browsing experience.
Necessary Always Enabled
Necessary cookies are absolutely essential for the website to function properly. These cookies ensure basic functionalities and security features of the website, anonymously.
Functional
Functional cookies help to perform certain functionalities like sharing the content of the website on social media platforms, collect feedbacks, and other third-party features.
Performance
Performance cookies are used to understand and analyze the key performance indexes of the website which helps in delivering a better user experience for the visitors.
Analytics
Analytical cookies are used to understand how visitors interact with the website. These cookies help provide information on metrics the number of visitors, bounce rate, traffic source, etc.
Advertisement
Advertisement cookies are used to provide visitors with relevant ads and marketing campaigns. These cookies track visitors across websites and collect information to provide customized ads.
Others
Other uncategorized cookies are those that are being analyzed and have not been classified into a category as yet.
SAVE & ACCEPT